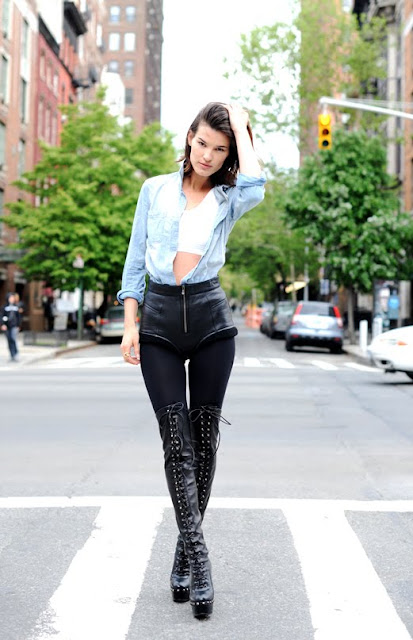 Shorts and Boots from Guilty Brotherhood by Hanneli.
The phenomenon of V-high (vagina high) boots is often associated with a post-Pretty Woman world. I remember reading an article in the Evening Standard on how “Freud thought the shoe or boot was a symbol of the female genitals, too - a gap or perceived lack when the little girl realises that females do not possess a penis.” Accordingly, many many find such footwear (or more accurately, legwear) tantalizing, to say the least. 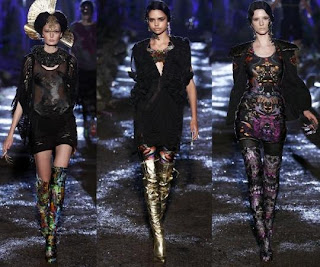 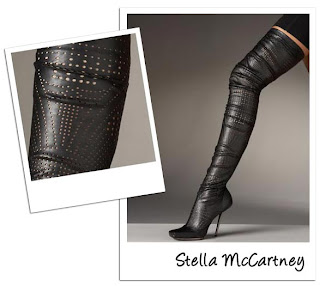 Thanks to Ridley Scott's Robin hood, we learn that the thigh high started as something a man would wear to protect his legs against the rigors of everyday life -- kind of like chaps. The hip wadders of fisherman are not a far cry from some of the boots we’ve seen on runways. 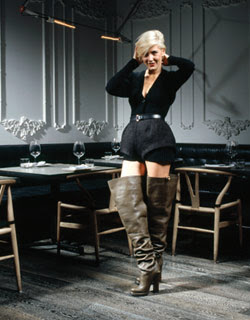 And though women may teeter around in these incredible boots for seasons to come, I believe they are not merely the embodiment of male fantasy, but perhaps a caricature of bygone functional clothing, or nostalgia for a time when the calf or knee wasn’t the limit - for functionality, of course.
Posted by HeSpoke and SheSpoke at 26.5.10