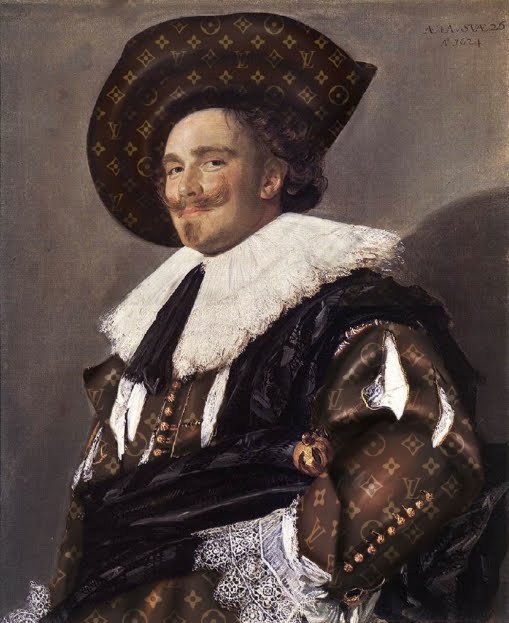 The Laughing Cavalier by Jason Alper.
There is no end to its source. At its most genuine, it creates genius.
High fashion has never been a terribly grounded discipline. Its antecedent “high” clearly differentiates it from the everyday. High fashion’s close association with wealth and glamour have removed its accessibility from the general public for years. Recently, the designer collaborations with high street retailers has in part attempted to bridge the exclusivity of such products. So has the mass-production of designer goods, and their increased accessibility to individuals, coupled with world-wide expanding middle classes. 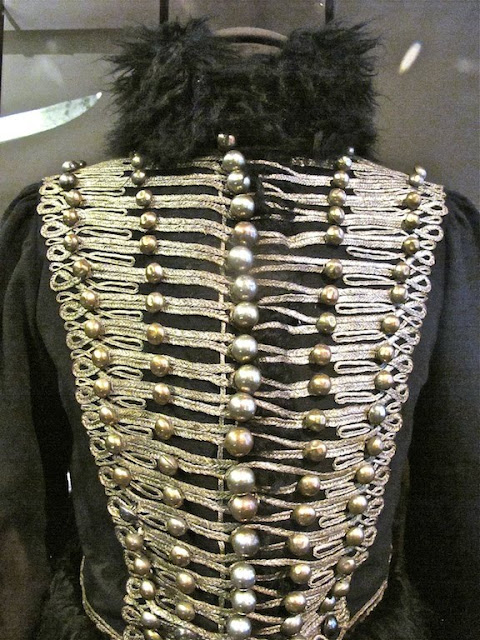 A Uniform from Napoleon's Army, courtesy of BBC.


While good art achieves a level of exclusivity, high fashion often isn’t on a one-off production scale. Both visual art and high fashion are supposed to be seen, but one seems to serve more as a uniform of rank than a mere piece to be appreciated. Is this the reason why sometimes high fashion seems to alienate itself from reality unlike the grounded nature of some other art-forms? 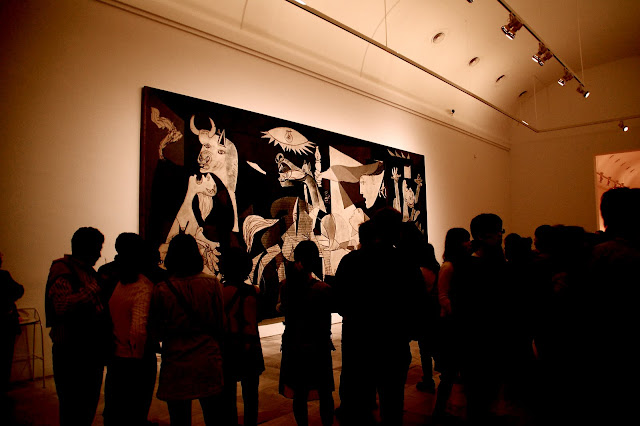 Picaso's Guernica.
Where Dillon sang against war, Picaso painted in response to the Spanish Civil War, what does fashion do? There are some clear responses to the tightening of budgets in light of recession, but it is rare that what influences a designer is something more than zeitgeist - but something relevant. In discussing the influences, Suzy Menkes perhaps best sums up this feeling.
“The surprise was in the amount of decoration that Ms. Scott used, with the beading creating a Suzy Wong effect, although the designer denied any connection with China.
But wherever the inspiration came from, like so much in the New York season, the collection did not seem to have any urgent statement to make — just a bunch of nice clothes to wear.”
In 2008 one designer noted “The 1920s were a lot of fun, it was a time of escape, and with the current war and state of the economy, we could all use an escape." 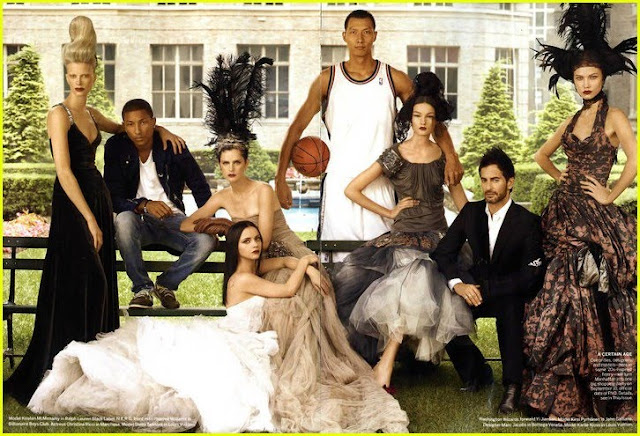 Vogue's 2010 September Issue Centrefold - "1920's inspired".
Will this become more widespread?
God knows that fashion has its own dirty little secrets worth expressing through its medium.
Posted by HeSpoke and SheSpoke at 23.9.10