The Swagger of Old – an addendum to Trashable Fashion. 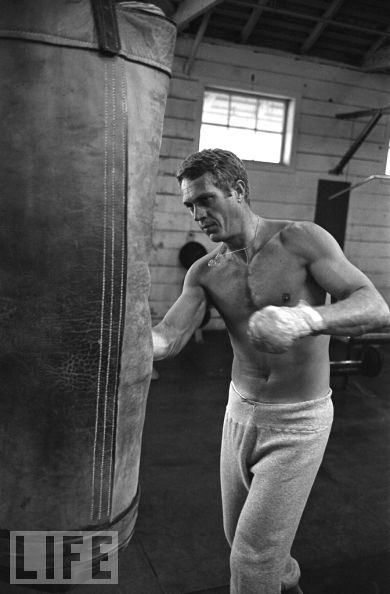 McQueen, working out - note his boxing gloves (or rather taped hands).


Unfortunately, today’s fashionable man has become a caricature of what it once meant to have style. More dandy than distinguished, trends have become much more widely accessible. What people wear is no longer as tied to their status, profession or culture. 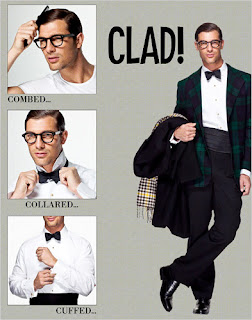 It isn’t difficult to see the advantages of such evolutions. Social hierarchies and stigmas associated with certain types of dress have been subdued, and there is no question that the integration of cultures has left a lasting mark on fashion – we have seen the influence of Asian structuralism on the runways, vibrant African colours and dying techniques, materials from Italian leather to Egyptian cotton and Chinese silk. 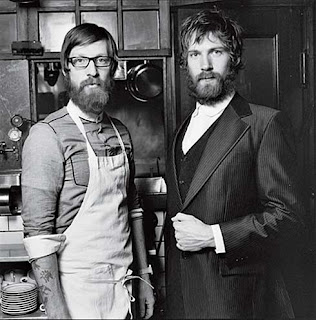 The working man has also left his mark on fashion; the F/W 09 trip to the turn of the century evoked images of workmen at the height of the industrial revolution, while Don Draper’s television success contrasted these tough looks with sharp, clean and polished 1960s suiting. What resulted was a merging of the fashions from our grandparents’ era with that of their grandparents: two hard-working generations that laid the groundwork for society today. Yet there is something else that has faded from these bygone eras, beyond the quality of craftsmanship. I believe the walking mannequins who parade the latest sartorial creations have lost that swagger of old. Is it really enough to mimic the past in look, but not in attitude? Allow me to elaborate. 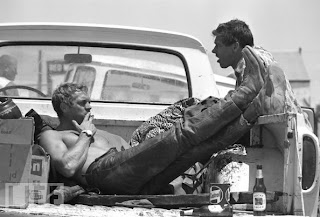 Steve McQueen, icon of the 60s and 70s with such classic films as The Great Escape, Bullitt, The Sand Pebbles, The Magnificent Seven, and The Thomas Crown Affair. Was a Champion of the workingman’s uniform: Well worn Levi’s (like the ones pictured here), cowboy boots, and a button down shirt. 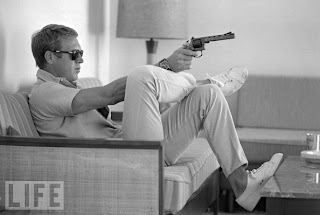 Despite the fact that he was famous, he wasn’t just a pretty face: the man drove fast cars and motorcycles (and could fix them too); he could shoot and ride a horse; and he served as a Marine in the US Army (where he was was demoted to private seven times for misbehaviour). Of all the men that have graced the silver screen, few equal McQueen’s level of genuine off-screen toughness. 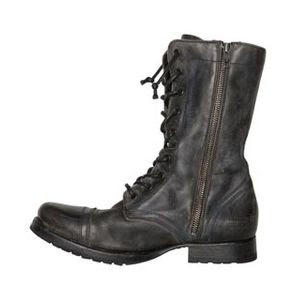 The other day, while seated on the Tube, it dawned on me that no matter how hard we strive to use fashion to look different and interesting, the more we look the same. The dude sitting across from me had a freshly tattooed sleeve – you could tell from the lack of hair on the one arm, and the embossed swelling of the skin –, he had fake work boots (ie. they zipped up the sides), he was reading Jonathan Safran Foer and a Canon DSLR was nestled in of his leather manbag. I looked at myself, wingtips with no socks, shorts, a blazer and a cloth bag, with my own DSLR poking out (unfortunately though, I had forgotten my own copy of Everything is Illuminated.) The contrast between that moment on the tube and the moments of McQueen’s everyday life, recently published for the first time in LIFE magazine almost made me laugh out loud. This was ridiculous; both this guy and I were wearing costumes. I’m not sure what my reaction should be at this point. Rick Owens, the champion of monochromatic clothing once said ‘No outfit is going to make you look or feel as good as having a fit body. Buy less clothing and go to the gym instead.’ Perhaps I will take his advice; afterall, style is more about the person than it is about the clothing. I will try being more, while pretending less. Here’s to swagger.
Posted by HeSpoke and SheSpoke at 4.5.10