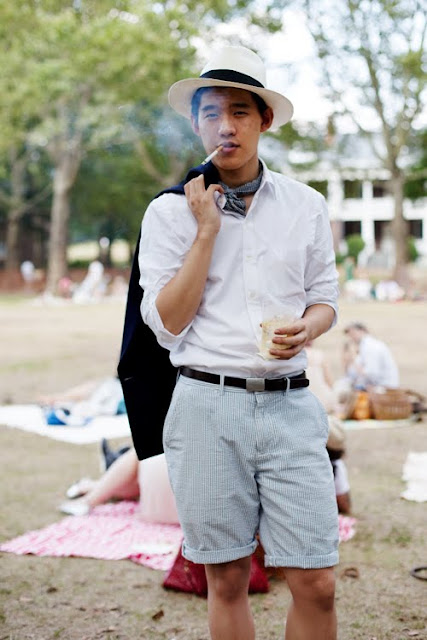 Ok, fine it isn’t yet. But already fall lines are either in pre-sale or are making their way to the shelves as we speak. That said, here are some thoughts on shorts.


In summer, I am always in shorts. Once upon a time, that meant the biggest baggiest basketball shorts money could by. The more I had to pull them up, the more (cash) I would throw down for them. It used to be that that was bad-assed. I paired them with some massively oversized athletic themed-T. The funny thing, was that though they were shorts, they went so far down, that in all honesty, manpri might be more appropriate. The good news is that I did eventually graduate to the reasonably lengthed short, ending somewhere just higher than the knee-cap.

While cuffing one’s pants a little higher, and wearing shoes sans socks is all the rage at the moment, I can’t get over the manpri and its commonality on this side (the European side) of the pond. When the temperature is 30 degrees, and you're in the underground, the last thing you need is some extra cloth covering your calf. The look of a man who has cuffed his pants expresses something akin to adjusting to your environment. It evokes the look of a man who despite working, despite the rigors of life, is pragmatic enough to give himself a slight bit of breathing room without the vulgarity of showing too much leg. Yet, when temperatures sore, and a man is free of formalities, he wears shorts, true shorts. Look above for what that means. They aren't short shorts, they aren't my baller shorts of old - they fit exactly as they should. The manpri is nothing but a grown man in a child's pants.

Alas, I must conclude with this. 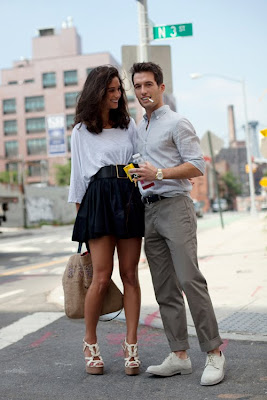 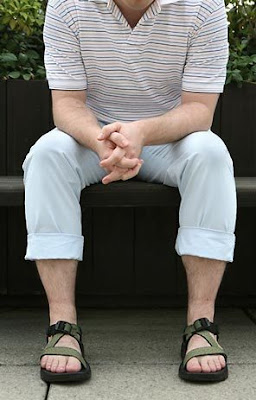 (Pictures courtesy of the Sartorialist, minus this last travesty of course, which is from the world wide web.)
Posted by HeSpoke and SheSpoke at 27.7.10